Tillandsia Xerographica is often called the “King” or “Queen” of air plants on account of its distinctive aesthetics. Being one of the largest air plants out there and featuring silver colored leaves that curl as they grow, Xero can definitely become a centerpiece.

Extremely versatile, this air plant doesn’t take a lot of space and can be placed almost everywhere. On the living room table, in an aerarium or hanging from the ceiling, there are lots of possibilities out there. In its native habitat, Xerographica can be found hanging from the branches of tall trees or in the nook and crannies of large rocks. Being an epiphyte / lithophyte plant, it attaches itself to other plants and objects merely for support so it can get the nutrients and moisture required for growth from air and rain.

Despite its spectacular looks, Xero is actually super easy to care for. It won’t require a lot of attention and you’ll be able to keep up with its development since it’s a slow-grower and it will retain its symmetrical shape for a long time.

The ability to pull moisture and nutrients from the air around itself makes Xerographica tougher than other air plants. This means that it will tolerate a certain amount of negligence and can thrive in both humid and dry spots. However, if you desire a healthy-looking air plant, it would be ideal to mist it a few times a week and water it thoroughly once a month by completely submerging it under water.

The most important part of soaking your Xerographica is what happens after. Usually, you’ll want to soak your plant in room temperature water for about 20 to 30 minutes. After that, ensure the plant is completely dry before placing it to its usual spot by doing the following:

Xerographica will also give you cues about its watering needs, so pay attention to:

Proper lighting is another important factor in growing a healthy-looking Xerographica. While this plant can tolerate some direct sunlight, it grows best in bright, indirect lighting. However, don’t be afraid to offer it the chance to enjoy the morning or the evening sun, especially during the winter months.

If you don’t have enough natural light in your household, Xerographica will make do with growing light too.

The average household temperature (68° – 76°F / 20° – 25°C) is ideal for Tillandsia Xerographica. Being winter hardy in USDA hardiness zones 9 to 11, it can also tolerate cooler (not freezing) temperatures.

Fertilizer isn’t really necessary for air plants. However, if your plant is struggling, you might want to consider this option. General fertilizer diluted to a quarter of its strength and applied once per month by adding it to the spray bottle could prove useful for your Tillandsia Xerographica.

3. Frequently Asked Questions about The King / Queen of Air Plants

How can I make my Tillandsia Xerographica bloom?

How many times does Tillandsia Xerographica flower?

Unfortunately, air plants produce flowers only once during their lifetime. The flower lasts for several months.

How do I care for my Tillandsia Xerographica after flowering?

After completing its blooming cycle, Xerographica will start producing 1-3 offsets or pups. At this point, you can cut the flower stalk to encourage the offsets growth.

Can you propagate Tillandsia Xerographica by seed?

Yes, you can! However, the process is complex and it requires a lot of time and dedication.

Aesthetically pleasing, easy to care for and extremely versatile, there’s no wonder Xerographica is popular among plant enthusiasts. And if you’re looking for some ideas on where you could place it in your home, we also recommend you to read our article on ways to display air plants. In the meantime, if you’ve got any questions about this beauty, let us know in the comment section below or by sending us an email! 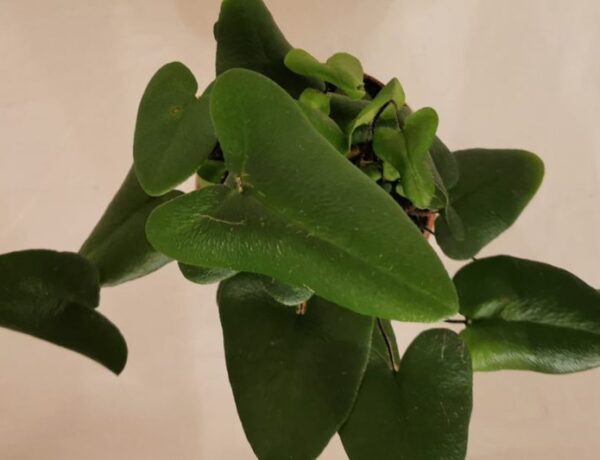 How to Get Rid Of Spider Mites on Houseplants

8 Winter Flowering Indoor Plants to Brighten Up Your Home